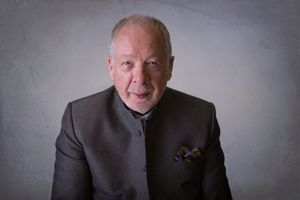 After studies he occupied various senior positions with Mobil Oil and Shell Oil in marketing of special lubricants.

1966 formed his own business (by building his refinery for waste oil) at Bochum Germany (branded: DIRK-Oil).

Since 1984 Chairman of MILBANK Ltd., UK, a holding company for his various environmental projects.

In the following years developed the technology of use of pulverized fuel ash from coal fired power stations as alkaline stabilisation material for sewage sludge (branded: DIRK-RHENIPAL).

1986 was awarded the UK Environmental Award for his recycling activities.

MD of several joint ventures with leading power generators in Europe for the utilisation of Fly Ash as RHENIPAL.

1990 became a Fellow of the Institute of Directors, London.

Since 2000 Chairman and MD of DIRK India Private Ltd., Nashik, India which became in 2011 a subsidiary of AMBUJA CEMENT Ltd / HOLCIM.

2012 started the production of AMBUJA HiRise a Pozzolan Cement for High Performance Concrete.

He now provides consultancy services based on his life-long expertise in environmental recycling solutions.